The culmination of the popular It’s Showtime segment saw more than 120,000 concurrent live viewers across multiple official ABS-CBN streams on YouTube and Facebook. 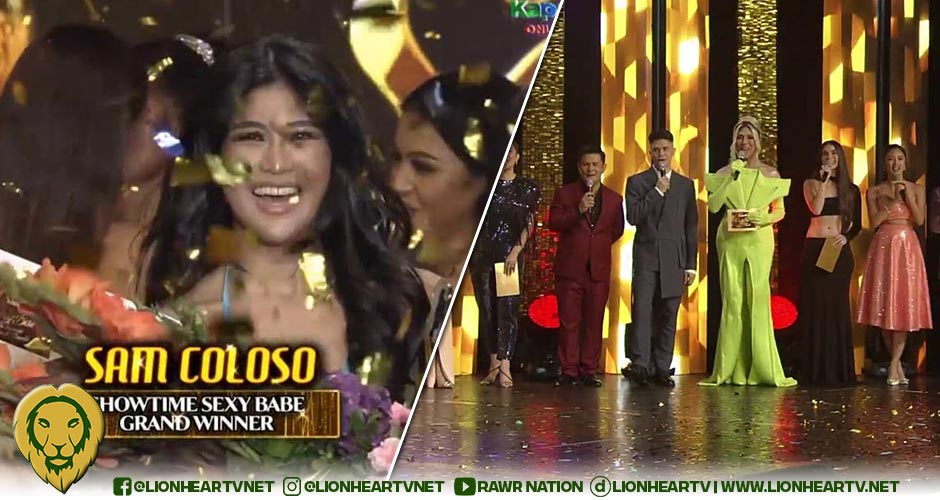 Live studio audiences witnessed the more than a two-hour event, which was also graced by the complete roster of It’s Showtime hosts.

On Twitter, numerous hashtags and topics linked to the show made an appearance on the local trending topics, with many netizens commenting positively about the production design and execution of the finale. There are some, however, who did not like the set of judges and the elimination of some of the front-running contestants. Crowd favorites, Johaira Morris and Weam Ahmed, notably failed to enter the Top 5. The non-inclusion of some of the frequent daily judges of the segment, including Nicole Cordoves, Kylie Versoza, Jameson Blake, and Jin Macapagal, was also questioned by the followers of the show.

On YouTube, more viewers than usual tuned in on ABS-CBN’s online platforms to watch the show live. Around 110,000 watched the show via Kapamilya Online Live and Showtime Online U live streams on YouTube, while another 10,000+ glued on Facebook.

Coloso is awarded a PhP500,000 cash prize and a ‘pangkabuhayan’ showcase.

The grand finals of Showtime SexyBabe came ahead of the return of another popular It’s Showtime segment, Miss Q and A, on Monday, July 25. The last edition of the drag and beauty contest declared Mitch Montecarlo Suansane, as the winner.