Menu
Search
Broadcast journalist Julius Babao will find justice for a victim of identity theft whose name was used in swindling online shoppers this Monday (July 29) in the more action-packed “Bistado.” 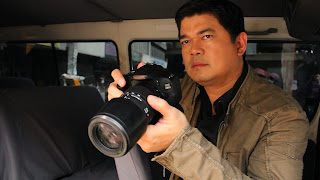 Iwaly Misola was engaged in online selling. It became a problem when strangers began texting and harassing her for items allegedly bought from her but were not delivered. Will Iwaly be able to prove her innocence and clear her name from the fraud?

Meanwhile, three incidents of robbery in a barangay in Paco, Manila were caught on CCTV (closed-circuit television) camera. Will the CCTV video help the authorities identify the suspects?

Different modus operandi of text scammers will also be shown in the episode.