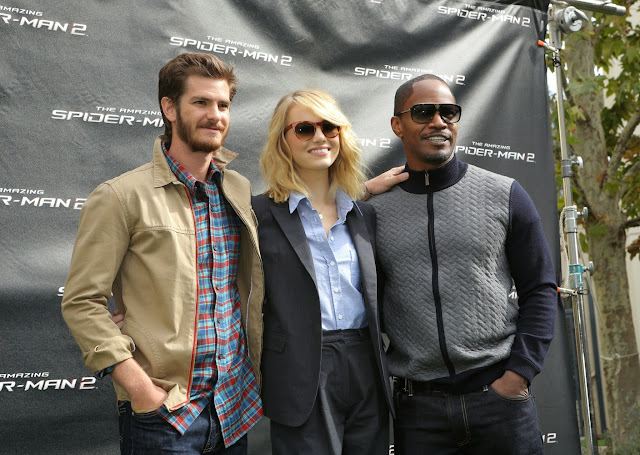 The cast of “The Amazing Spider-Man 2” led Andrew Garfield, Jamie Foxx, and Emma Stone recently met up with fans at a soiree dubbed “Amazing Spider-Fans Event” at Sony Pictures in Culver City, CA. 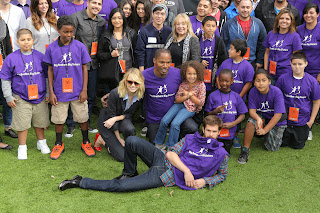 In addition to recruiting the biggest Spider-Man fans, National Celebrity Spokesperson Jamie Foxx invited Big Brothers Big Sisters to the event, giving them the star treatment and spreading the word about long-term mentoring relationships that help kids succeed in school and life.

The film, directed by Marc Webb from a screen story and screenplay by Alex Kurtzman & Roberto Orci & Jeff Pinkner based on the Marvel Comic Book by Stan Lee and Steve Ditko, is produced by Avi Arad and Matt Tolmach. “The Amazing Spider-Man 2” will be released in U.S. theaters on May 2, 2014, and international release dates commence April 16, 2014. 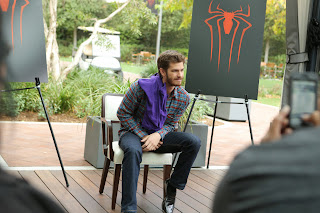 In “The Amazing Spider-Man 2,” for Peter Parker (Garfield) life is busy – between taking out the bad guys as Spider-Man and spending time with the person he loves, Gwen (Stone), high school graduation can’t come quickly enough. Peter hasn’t forgotten about the promise he made to Gwen’s father to protect her by staying away – but that’s a promise he just can’t keep. Things will change for Peter when a new villain, Electro (Foxx), emerges, an old friend, Harry Osborn (Dane DeHaan), returns, and Peter uncovers new clues about his past. 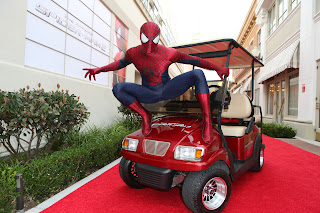 “The Amazing Spider-Man 2” is distributed by Columbia Pictures, local office of Sony Pictures Releasing International. Visit www.columbiapictures.com.ph to see the latest trailers, get free downloads and play free movie games. Like us at www.Facebook.com/ColumbiaPicturesPH and join our fan contests.