MANILA – November 2020 – Filipinos believe that the most critical use cases for 5G will be virtual business collaboration experiences and industrial/corporate applications, followed by consumer deployments, such as gaming/Esports and smart vehicles, according to a recent study commissioned by Ciena (NYSE: CIEN).

As the Philippines looks ahead to 5G in the coming years, real-time data transfer and better use of data analytics (34%) ranked highest as expecting to have the most impact from 5G, followed by enhancing digital experiences (20%) and creating new revenue streams (15%). To prepare for 5G, 91% of respondents from the Philippines believe that the availability of infrastructure is the most important factor for adoption. 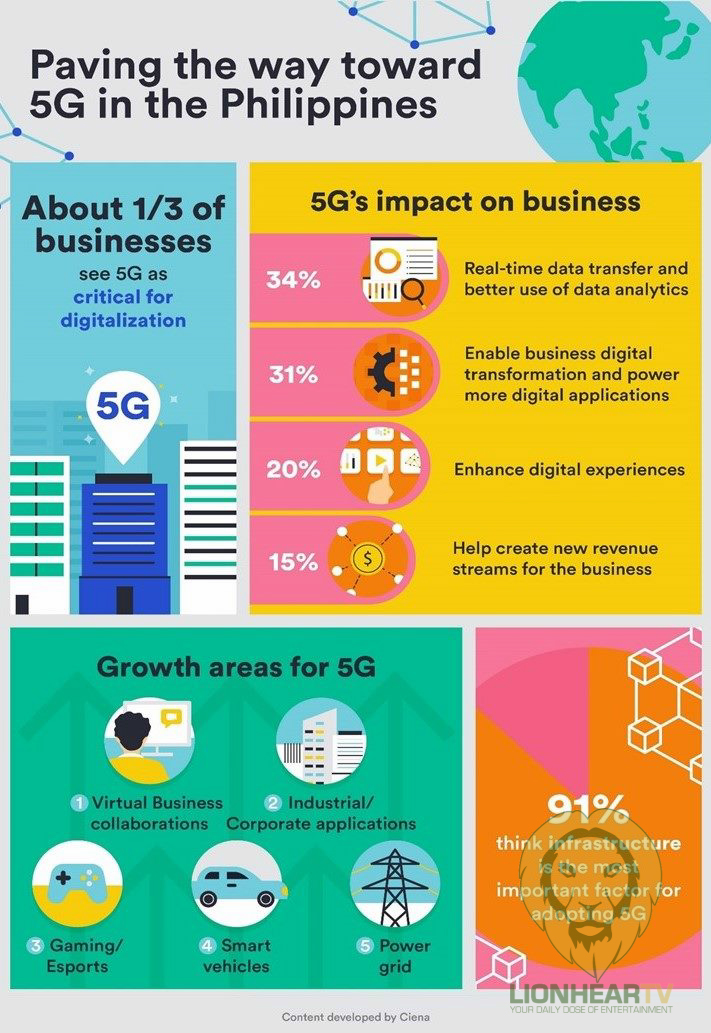 The appetite to invest in 5G is high, as nearly half (45%) of Filipino decision makers are willing to spend up to 15% of their budget on 5G, compared to respondents in Indonesia (40%) but less than those in Japan (60%) and Singapore (51%), which were also surveyed.

“5G will play an important role in driving digital transformation across the Philippines and powering applications that require the lowest latency possible,” said Anup Changaroth, Chief Technology Officer of Asia Pacific and Japan at Ciena. “To deliver high-content 5G applications, such as video and Internet of Things, operators will require computing resources at the edge cloud, closer to the end user.”

Ciena has been in the Philippines for more than 15 years and serves local service providers, including Converge ICT and PLDT, as well as enterprises.