‘Dabarkads’ are united in delivering their most solemn and heartfelt message for Filipinos this Christmas. 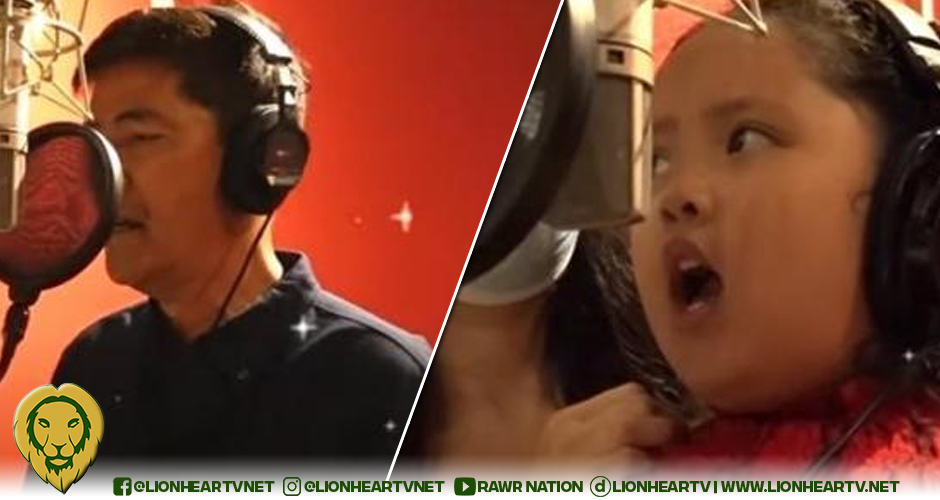 The song’s message is simple yet heartwarming. It highlights Christmas as the season of giving, our anticipation for the gifts we may receive from our loved ones. That gift can be anything, the song insists. ‘Isang ngiti mo lang ay sobra sobra…” it says in one line, which also emphasizes simplicity in celebration.

At its core, the Dabarkads music video remembers the Holiday season is the time of the year when people are extremely kind and generous; it wishes Christmas is celebrated all year round.

Like the station IDs of the three major networks, Parating Na Ang Pasko unites all Dabarkads across the globe. It features footage of Filipinos in many parts of the world, including UAE, Canada, USA, Oman, Saudi Arabia, and the United Kingdom.

Mainstay hosts, Wally Bayola, Jose Manalo, Paolo Ballesteros, Allan K, Ryan Agoncillo, and Maine Mendoza were also present. It also featured Maja Salvador (and her dog) who just joined the show in October. As the song itself talked about celebrating with the family, family members of the show’s hosts also make special appearances on the music video, including Kapamilya actress Judy Ann Santos, who joined her husband Ryan and their kids. Helen Gamboa joined her husband Tito Sotto and their grandchildren. Ciara Sotto makes an appearance, too. Joey de Leon’s family, as well as Paolo Ballesteros’s and Allan K’s also delighted with their rare presence on the Christmas ID.

Love, family, and simplicity are the core messages of Parating Na Ang Pasko. It is also a solemn wish that the gifts of Christmas like peace and forgiveness are something we can receive every day.

What are your favorite moments on the music video, Dabarkads? Don’t hesitate to share your thoughts in the comment section. Watch the official music video of ‘Parating Na Ang Pasko’ below: