For members of the LGBTQ+ community, Pride Month is a time to celebrate one’s identity, a reminder to love freely and live authentically. While it may not be easy to do for some, there are films and series that educate and empower queer people to embrace who they truly are. 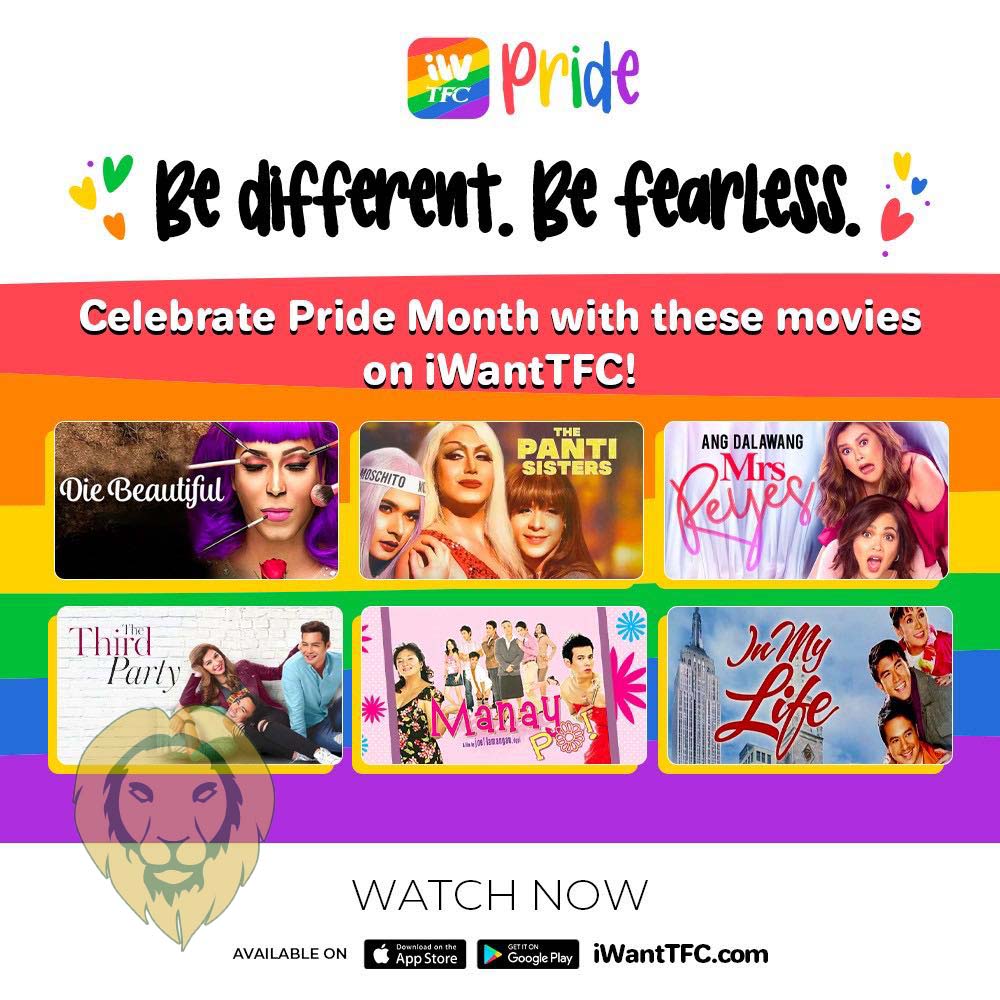 What does being at home with yourself mean? iWantTFC has put together a collection of empowering and relatable movies and series where viewers can learn more about self-worth, same-sex relationships, and acceptance of one’s sexuality.

From stories of gay sons and a transwoman fighting for the treatment they deserve, heartwarming romcoms, to characters who are struggling to come out, here are LGBT-themed movies and series that you can stream on iWantTFC:

Right off the bat, “The Panti Sisters” demonstrates how NOT to be a parent to a queer child. The movie begins with a multi-millionaire and homophobic patriarch (John Arcilla) summoning his three estranged femme-presenting gay sons, demanding they “act and dress like boys” and produce a grandchild each so they could claim their share in the inheritance. While Gabriel, Daniel, and Samuel (Paolo Ballesteros, Martin del Rosario, and Christian Bables) initially scramble to beat each other, in the end they realize that no amount or prize can make them change who they really are.

Ultimately, it tells us to live unapologetically in a bigoted world and that we don’t have to seek love and acceptance where they’re not readily given.

In this movie, two women (Judy Ann Santos and Angelica Panganiban) devise a plan to sabotage the relationship of their cheating husbands, who ran away with each other and abandoned their wives without any explanation. Done with their marriages, Gary and Felix (Joross Gamboa and JC De Vera) escape to Taiwan and even join the Pride March, where Gary, a trans woman, gets to embrace and present her gender identity without fear.

While the themes of betrayal and infidelity carry the film, it makes a case for why queer people are forced to conform to societal expectations by going into heteronormative relationships. While Gary and Felix are extremely flawed human beings whose affair hurt both of their families, they happen to be crazily in love… and are courageous enough to fight for their happy ending.

The stigma surrounding HIV prevents people, especially teenagers, from getting tested and treated. iWantTFC’s original advocacy series “Mga Batang Poz” is here to tell young people that HIV is not a death sentence.

The first-of-its-kind series features the stories of four gay teenagers who come from different backgrounds but carry the same burden – the isolation, shame, and hopelessness that come with their diagnosis. But as they will come to discover, their disease is not who they are, and finding hope and acceptance in their situation is possible. Much like them, HIV-positive people can find a support system, empower themselves, seek treatment, and live a fulfilling life.

This iWantTFC original series’ dedicates its fourth episode to showing what trans Filipinas endure every day – transphobia, ridicule, discrimination, and being constantly misgendered. Here, Miss Trans Global 2020 Mela Franco Habijan plays Ruth, a pre-op transwoman who has a constant need to prove herself.

Ruth’s motto? “Do no harm, but take no s***!” It takes everything in her to put this into practice; always having to defend and explain yourself is exasperating after all. Knowing that not everyone will understand her gender identity and expression, Ruth sometimes lets some insults slide. But when she’s in the mood for it, she demands respect, insists on being called a “ma’am” and not a “sir,” and painstakingly educates people on the difference between being gay and being trans.

What do you do when your prince charming is already taken by another man? In the case of Mando (Kokoy de Santos) in the hit iWantTFC original boys’ love series “Oh, Mando,” he tries his best to neglect his sexual attraction to “out and proud” jock Barry (Alex Diaz) by getting a girlfriend. But as Mando and Barry develop feelings for each other, Mando begins to deal with sexual confusion, only to realize that he will never be true to himself if he will keep his real identity a secret.

Though initially worried about other people’s expectations, Mando musters up all the courage to be honest not only so he could feel free, brave, and completely proud of his sexuality, but so that he could still mend his relationships, in the hopes of his loved ones embracing his identity.

Catching feelings for someone, no matter what their gender is, shouldn’t be something to be ashamed of. In the iWantTFC original series “Fluid,” Mitch (Roxanne Barcelo) entertains the idea of dating other women after multiple failed relationships with men. In her quest for love, Mitch initially struggles with her sexual identity and is hesitant to break societal norms when she develops a bond with a proud lesbian named George (Ann Colis).

In the end, when she realizes that her love for George is real, Mitch breaks free from all her apprehensions and learns that she can find comfort, happiness, and acceptance in same-sex relationships.

Coming out to your parents is never an easy thing to do, especially if you have a strict and conventional father. Max (Sam Milby) had to struggle with just that in the 2016 film “The Third Party,” where his relationship with another gay man and live-in partner of three years, Christian (Zanjoe Marudo), has to be kept a secret. Until one day, Max comes to the realization that he should stop being unfair to Christian and instead, he should be proud of the relationship they have built, no matter what the opinion of others will be and in spite of the discrimination they may face because of their dynamic.

By revealing his true sexual orientation and letting go of his fears, Max feels more at peace with his sexuality and with his love for Christian. More importantly, Max is able to be comfortable around his family, who still accepted him for who he is.

Vice Ganda’s “The Unkabogable Praybeyt Benjamin” is a big statement against homophobia at home and at work. Having come from a family of warriors, Benjie (Vice) is expected to join the army to fight for the country. But he is unapologetically gay, and his bigoted grandfather doesn’t see him as worthy or strong and decides to shun him forever.

Benjie proves to be an excellent soldier when he is forced to join the military after a terrorist organization starts a war in the country, only to get ostracized once again when he comes out to them. In the end, Benjie leads his friends to overthrow the villains and save his grandfather, effectively showing basically everyone that he’s not faint-hearted or pathetic just because he’s gay. In fact, it’s what makes him bolder and stronger! 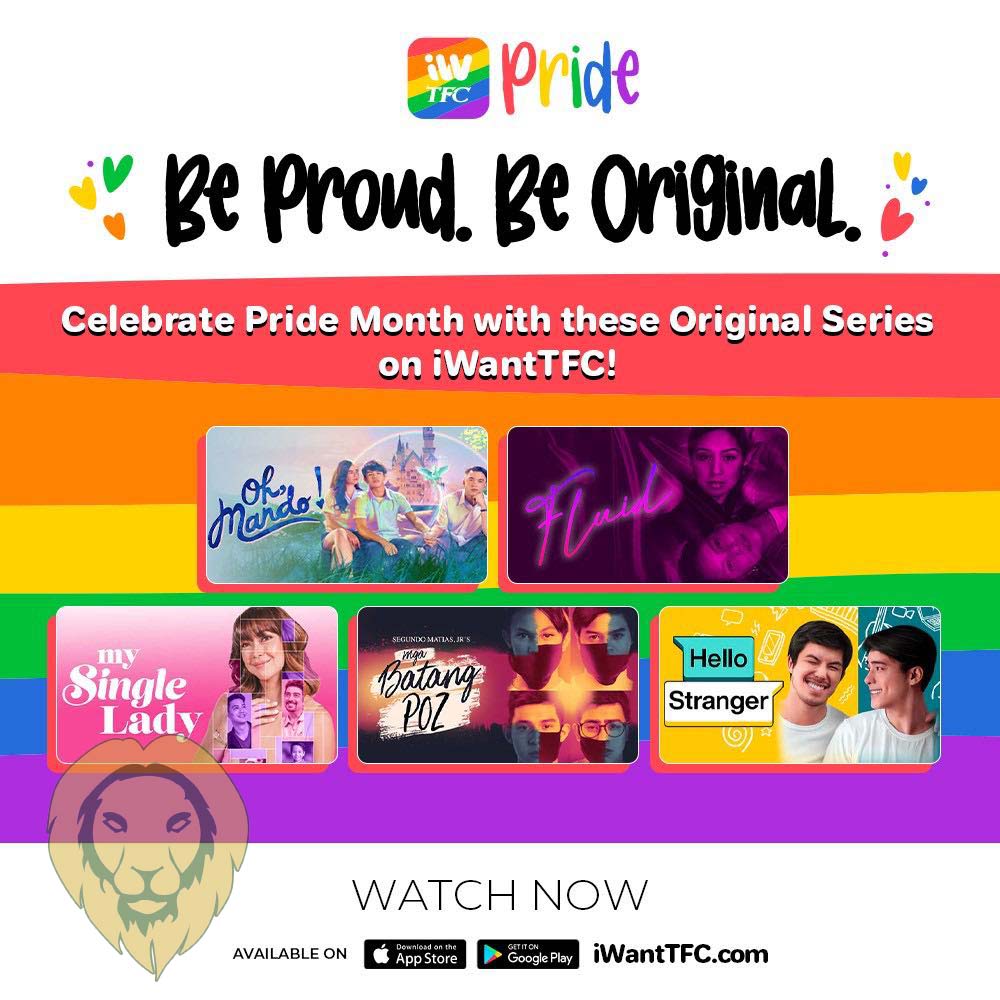 Celebrate Pride Month by watching these movies and series on the iWantTFC app (iOs and Android) or on iwanttfc.com. Viewers can also enjoy watching it on a bigger screen through select devices on VEWD, ROKU streaming devices, Android TV, select Samsung Smart TV models, Telstra TV for global users, and VIDAA for select countries. iWantTFC is also available via Chromecast and Airplay. For the complete list of compatible devices, sign in instructions, and account activation, visit https://iwanttfc.com/help#tfc-on-smart-tv.