The 20-track album will also introduce Scorey, the first artist signed to Polo’s Capalot/ODA Records, on the track “Broken Guitars.“ 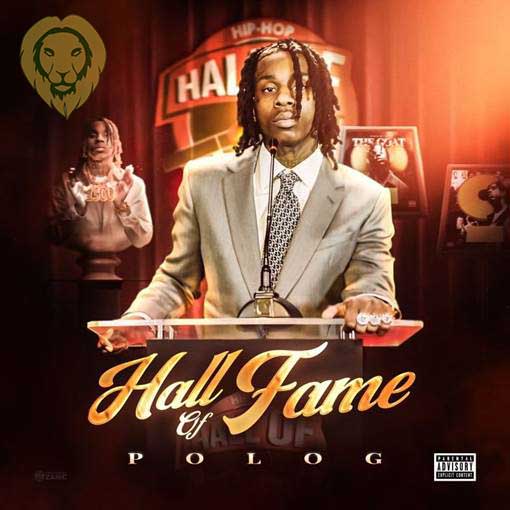 Hall Of Fame includes the history-making single “RAPSTAR” which spent 2 weeks on top of the Billboard Hot 100, making him the only male debut to spend 2 consecutive weeks at #1 on the Hot 100 this year. “RAPSTAR” is only the 22nd song in history to debut at #1 on the Hot 100 and log a second consecutive week on top. The track is already certified PLATINUM by the RIAA with over one million units in consumption and has amassed over 400M audio/video streams globally to date. Tune in tonight for the television performance debut of “RAPSTAR” on the Tonight Show With Jimmy Fallon on NBC.

In speaking on the album Polo states, “My goals for Hall Of Fame was to make sure that I can show my diversity as an artist, really like elevate my sound, for the people to hear something that I ain’t ever did before.” “I Don’t usually tap in for features but this time around I went and got some hard ass records with all of my personal favorite artists and future hall of famers in my book.”

Since its release in May 2020, his critically acclaimed album THE GOAT has accrued over 3 Billion streams, 10 Gold and Platinum RIAA certifications, has been a mainstay on the charts, and landed on multiple year-end best albums lists. THE GOAT has remained on the Billboard top 200 album chart for over a year, and is certified Platinum by the RIAA along with his debut album, Die A Legend. Polo G was named one of XXL’s Freshman Class in 2020, an annual roundup of hip-hop’s brightest new stars. He also secured a spot on the coveted Forbes 2021 30 Under 30 list and was named a FUSE TV Future Black History Honoree for February 2021.